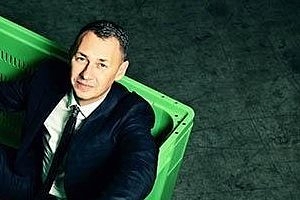 Returnable packaging provider, Schoeller Allibert, has appointed Ludo Gielen (pictured) to the newly created role of chief strategic growth officer. Gielen has been chief marketing and innovation officer at the company since 2013.

Schoeller Allibert said it was facing a period of strong growth and Gielen’s appointment was designed to lift the commercial strategy of the company to a higher level by linking the innovation team with the sales, global key account management and marketing departments.

According to the company, under Gielen’s leadership the company will focus on the introduction of new products, routes to market and the optimisation of the global sales process.

“I firmly believe in the future of reusable plastic packaging and containers, as well as in the possible growth of Schoeller Allibert,” said Gielen. “The market of returnable transport packaging or reusable and sustainable packaging barely forms 1% of the worldwide production of all packaging products…which means that the growth potential of Schoeller Allibert is enormous.”

Gielen went on to say that in his new role he would be ensure “the connection, the coordination and the collaboration” of the company’s different departments to develop a strong commercial strategy.

As reported in November last year, the company is building a new €15m ($15.8m) facility in Beringen in Belgium, which includes a 6,500sq.m production hall and 3,500sq.m of outdoor storage space, and is something in which Gielen is personally investing.

He was also keen to outline the company’s investment in big product injection moulding technology at the new facility, including one of the largest mould machines in the Benelux region with a shot volume of 45kgs.

Gielen has been involved with plastic packaging solutions since 1996 and in 2004, his company BiPP was taken over by Schoeller Wavin.