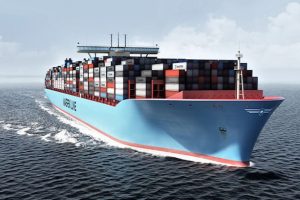 In the face of a widening import-to-export gap in US trade, everyone involved in the supply chain, including manufacturers, logistics providers and those tasked with infrastructure development, needs to come together and invest to promote exports, it said. That includes those in the automotive sector and the best way to achieve this is through the establishment of a joint industry standard using the latest digital technology, said the company.

Imports into the US market grew in 2018 by 3-5%, driven by higher wages, lower unemployment and slightly higher GDP growth this year, according to the Maersk report. This follows 6.8% growth last year. Maersk’s report suggests the rise in online retail has been a major influence on demand for goods, putting pressure on the upstream supply chain in terms of speed to market and reliability, as well as visibility and control of the supply chain.

At the same time, however, the trade imbalance between the US and the rest of the world, particularly Asia, means that for every two containers imported into the country, one is exported empty, observed Maersk. That imbalance is set to continue growing this year. For a company of Maersk Line’s size, that means exporting a lot of empty containers.

“As a shipping line, we don’t see ourselves in the business of shipping air and would love to be part of developing trade,” said Christian Pedersen, head of trade and marketing for Maersk Line North America.

Balancing trade through global standardsKey to this are legislative and commercial investment initiatives aimed at boosting exports and rebalancing the trade disparity, said the company. That, in turn, demands a greater willingness among all those involved in the supply chain to work for the benefit of more balanced trade.

“Companies across the supply chain have to come together to develop and make investments to facilitate global trade and promote exports,” Pedersen told Automotive Logistics. “That is upstream all the way from the companies making the investments in production facilities, in close collaboration with terminal operators, rail operators, and authorities that need to invest in road and other infrastructure.”

Pedersen said that was the reason behind the joint venture Maersk had with IBM.

“If you really want to dramatically change the supply chain and make it more efficient, this needs to be an industry solution and not a solution for one player within the supply chain,” he said, adding that the joint venture with IBM was established to create an open platform that suppliers across the supply chain could get involved with, establishing a neutral platform to improve efficiency.

There are precedents for this in the ocean freight industry. Maersk was one of the first ocean freight services providers to get involved in the move from tramp (or unscheduled) shipping to fixed liner shipping. This year marks Maersk Line’s 90thanniversary in establishing fixed liner scheduled services; the first one it set up was to move automotive parts for Ford between the US and Japan (via Baltimore).

“The value of moving from tramp to fixed liner scheduling was only of value when the industry started moving to it and the infrastructure adjusted around fixed liner schedules,” said Pedersen. “Customers could get used to a fixed weekly departure.”

The introduction of the shipping container was another innovation that required full industry adoption for real efficiencies to be gained, he said. If that had only been one company, ports and terminals of origin around the world would not have made the necessary investments to reap the benefits of it, and that will also be the way with global trade standardisation, said Pedersen.

Maersk Line has carried out a number of trials, including with logistics provider Agility, in its research into a neutral standardised industry platform. The company is looking at how it can provide interim visibility not just on the ocean side but on land as well.

Gulf coast opportunitiesAccording to Maersk, there are good regional examples of export trade potential out there now. Two of them are to be found in US Gulf Coast region. Shale gas exports are one positive source of trade and the used vehicle sector is another. The US is the biggest global exporter of used cars and Maersk is the biggest transporter by ocean of containerised vehicles around the world. Pedersen estimated there to be around 500,000 used cars waiting for export in port storage facilities from the Gulf region and said there had been an increase in used car exports abroad.

That trend has been reinforced by the damage caused by Hurricane Harvey and its impact on the market last year. While write-offs and insurance claims mean sales of new cars could go up, as was indicated by analyst PwC at last year’s Automotive Logistics Global conference, those cars sustaining minimal damage are good for remarketing in other markets.

“A lot of those cars can easily be sold and used in other markets, including Africa, the Middle East and India,” said Pedersen. Jebel Ali port in Dubai is expected to attract significant volumes as it is a major hub for used vehicle auctions worldwide. South East Asia is another market on the horizon for used vehicle exports.

To fully exploit the potential that containerised vehicles exports offer, however, current problems with processing claims on used cars need to be removed. The sheer magnitude of vehicles being processed in the region, exacerbated by the those coming onto the second-hand market as a consequence of the hurricane, has meant an increase in waiting times. 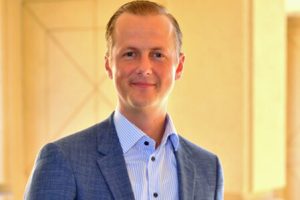 “Defining what is the insurance company’s decision and how they are responding to the individual emergencies that have developed across the country during the year takes some time to settle,” said Pedersen.

As a service provider and supply chain partner for the exporters of used vehicles, it is important that Maersk absorbs the impact of these procedures for its customers, according to Pedersen, and that is something it can do with the adoption of digital tools. He said used cars had specific requirements for customs clearance and documentation handling, adding to the time exporters needed to get the cars into the port.

“That is where we see it is our role to be an expert in that process with our partners to offer those solutions,” said Pedersen. “Again, having the benefit of being an ocean carrier and terminal operator, we have a good insight into how we can design some solutions for the exporters of used vehicles.”

According to Pedersen it needs to be as easy to book an export container as to buy some sneakers online, or a pizza. Information flows need to be dramatically simplified and Pedersen said it was on the information flow side of the logistics process that technology and the digital transformation across the industry and supply chain were key to promoting the growth of global trade.

For the automotive industry, Maersk is not limiting itself to used car exports. Vehicle containerisation is on the increase and Pedersen said Maersk wanted to be a one-stop shop for its customers, providing services that also took in complete knockdown (CKD) shipments to the assembly plant and the re-export of the finished vehicle at the end of the process.

“Whether it is for new cars and the global supply chain for those, or for the used cars that require a network into emerging markets, the key for both segments is global scale,” said Pedersen. “Global reach and global scale of network, and local organisation set-up is really what we see in high demand from these segments.”