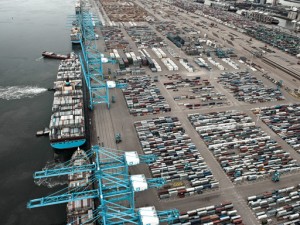 After cost reduction plans were announced by Maersk Line last month, and more than 100 jobs have been cut, chief commercial officer Stephen Schueler has become the highest profile member of staff to leave the company.

Between now and the end of 2017, Maersk plans to reduce its staff number by 4,000 to around 19,000 employees. At its Danish headquarters, around 110 jobs will go, and the company will also merge its Asia Pacific and North Asia regional offices.

Schueler has been at the shipping line less than three years. His redundancy is part of an organisation restructuring that will see the commercial, trade, and marketing functions merged into one commercial role under Vincent Clerc, the company’s former trades director.

Maersk has said that the cost reduction programme it has embarked on will enable the company to save $250m per year. Last year, the shipping line posted a drop in third quarter earnings from $685m in the same quarter in 2014, to $264m. It also issued a full-year profit warning and cancelled its options for more second-generation Triple-E ships. The Triple-E ships are nearly 400-metres in length, and can carry 18,000 20ft-containers (TEUs), or 36,000 cars. However, Maersk had already said that it expects the size of its fleet to decline slightly in 2016 to bring supply in line with demand.