Magna to make BMW 5 Series under contract in Graz 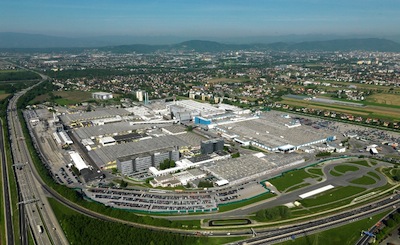 BMW has engaged Magna Steyr to make its new 5 Series sedan at the Austrian automotive supplier’s contract vehicle assembly plant in Graz (pictured). Production will begin in 2017 ready for the car’s market launch in the middle of next year and the contract will run for its full lifecycle.

BMW also makes the 5 Series at its Dingolfing plant in Germany, and will continue to do so, but said it was outsourcing slightly less that half of its total projected annual volume to Magna because output at its own plant had grown so much. The Dingolfing plant is now producing a wide spectrum of BMW models from the 3 Series up to the 7 Series.

“With already 350,000 vehicles per year the plant does not have the capacity to produce the full volume of the new BMW series,” a BMW spokesperson told Automotive Logistics. “As a consequence of this successful growth, the plant can no longer accommodate the expected volumes alone. Therefore our partner Magna Steyr in Austria will also produce parts of the volume of the BMW 5 Series sedan.”

Magna’s plant in Graz is a full a production facility and so the same suppliers for the 5 Series being made in Dingolfing will ship parts directly to Magna’s facility. BMW would not reveal the logistics providers involved in the delivery of those parts. Neither would it reveal how many of the 5 Series it expected to make next year stating that this depended on market demand. However, it did say that between Dingolfing and Graz the companies had agreed on a fixed distribution of volumes.

BMW started working with Magna in 2001 when it signed a contract to make the BMW X3. That was followed by the Mini Countryman in 2010 and the Mini Paceman in 2012.

"In the last 15 years of our collaboration, Magna has proven to be a trusted partner with expertise in world-class production capabilities. Therefore, Magna is exactly the right choice to share production of our new BMW 5 Series," explains Oliver Zipse, BMW’s board of management member for production.