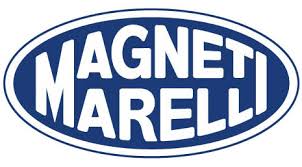 Italian Components maker Magneti Marelli has inaugurated a new plant in Batu Kawan in the Malaysian state of Penang.

The plant replaces the facilities at Bayan Lepas and will boost production from 1.7m lighting units, including front and rear lights, to 2.2m, with the potential to increase capacity to 2.9m. It will supply the components to carmaker customers in Japan including Honda, Mazda and Suzuki, as well as those in the ASEAN region, including Proton and Produa in Malaysia, and Ford and GM in Thailand and Indonesia.

The company said that taking Indonesia, Thailand and Malaysia alone, the volume of the automobile market for new registrations reached about 3m vehicles in 2012, while the circulating fleet is more over 38m vehicles.

It added that the location will meet increasing demand from the ASEAN market, which is becoming important both in terms of its own developing automotive market and as a production hub aimed at the entire Asian continent, and Japan in particular.

The new facilities cover a total surface area of 56,600 square meters, 26,600 of which are dedicated to production, with a workforce of 1,000 employees.