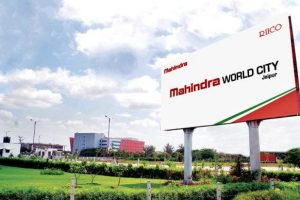 The 4.5-hectare facility is situated within the 1,200-hectare Mahindra World City (MWC) industrial hub in Jaipur and will provide parts for the company’s automotive and farm equipment businesses in the north and northwest regions.

A total of 150 crore rupees ($22m) was invested in the modern facility.

Factors including automation and distance to market will reduce the parts order processing time to 3.5 days from 10 days previously, according to Mahindra.

The four-story stock storage warehouse will be able to hold 130 crore rupees worth of inventory and incorporate a “flexible and agile approach”.

It is the company’s fourth spare-parts warehouse in India, with the others in Kanhe (automotive parts), Bhiwandi (tractor parts) and Hyderabad (commercial vehicle parts).

More are planned according to Hemant Sikka, the chief purchase officer for Mahindra’s automotive and farm equipment sectors.

“The warehouse in MWC Jaipur is part of our expansion strategy going forward and we will create a network of spare parts warehouses in West Bengal, Kanhe and the southern states,” said Sikka.