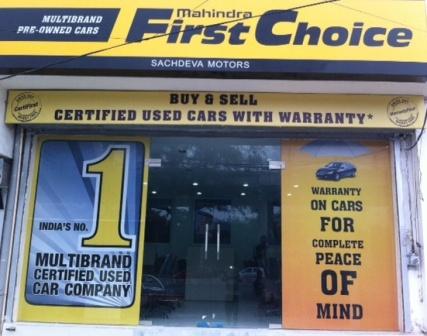 Mahindra First Choice Wheels has set up a dealership for the sale of used cars at Motingar with Sachdeva in a response to a trend in India that is seeing used car sales exceed those of new vehicles.

New Dehli currently has 32 used car outlets and a further three are planned by the end of the year. The growth is increasing demand for used car deliveries to the area.

“This new outlet adds to our already significant presence in North India, which is a strategic market for Mahindra First Choice Wheels,” said Tarun Nagar, national head of franchise business at Mahindra. “The size of the used car market in the city is 30,000 cars per month and this number is set to grow manifold.”

Nagar went on to explain that the Motingar outlet is the second facility Sachdeva has established after Lajpatnagar in the south of the region, something that showed the viability of the business model.

“With its extensive knowledge of the local market, Sachdeva Motors will help grow the Mahindra brand further,” he added.

Mahindra has also recently launched two new services for the used car market: the Indian Blue Book (IBB) stands as the country’s only used car pricing and is already being used by logistics providers, OEMs and customers alike. It is also now providing 118-point checklist for the more efficient evaluation of finished vehicles, called ‘Autoinspekt’.