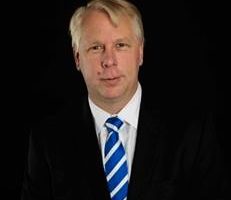 US-based contract logistics specialist, syncreon, has appointed Marc Boonen (pictured) as its chief commercial officer. Boonen, who took up the newly created role last month, is responsible for the company’s business development and will lead a global sales team across its automotive and technology portfolio.

Boonen moved to syncreon from his role at Siemens PLM Software as vice-president and general manager Americas for simulation and test solutions.

“The appointment of Marc Boonen is a great addition to the team for syncreon,” said Brian Enright, CEO. “We are very excited about the experience he brings in expanding and developing high performance sales organisations. His joining continues our momentum on aggressive growth over the next five years.”

Earlier this year, syncreon was awarded an initial two-year contract to provide inbound receiving, cross-docking, and export shipping services for Jaguar Land Rover from a new export sales centre in Shanghai, China. That was in addition to another five-year contract, which started in July, for a new pre-production export facility based in Coleshill, in the UK.

Boonen’s appointment follows Cindy Bridgeman’s move to the company in a newly created role as director of business development in North America.