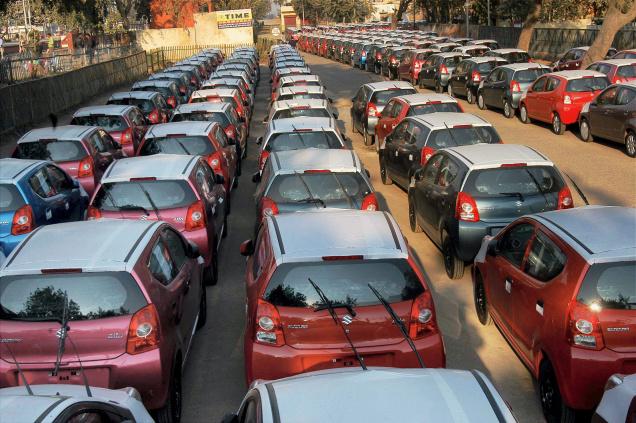 Maruti Suzuki has announced that it will implement India’s first specially designed wagons for vehicle rail logistics operations. The move will allow up to 310 vehicles to be transported per rail rake, compared with about 125 vehicles for the current rakes used in India – or up to only ten per truck.

Maruti, India’s largest carmaker and second biggest exporter after Hyundai, was last year one of two companies, along with APL Vascor’s joint venture, to obtain permission from the Indian Rail ministry to invest in new equipment following a policy change allowing private investment and development in automotive rail.

“The rail rakes are being manufactured. The design was approved by the Research, Design & Standards Organisation (under the Indian Railways) in Lucknow,” said RC Bhargava, chairman, Maruti Suzuki India.

Services are expected to begin this month, and Maruti intends to transport 30% of its total vehicle output through these railway wagons over the next five years, which would be a large increase on the industry average of 2-5% currently.

The carmaker currently ships vehicles by rail in containers from its factories for export from the port of Mundra, in the western state of Gujurat.

According to the company, the new rakes will owned and dedicated specifically to Maruti Suzuki, a move that could limit the potential for filling return flows.

At the Automotive Logistics conference in India last month, many delegates called for increases in rail usage in India. Similar to the US, carmakers in India must cover great distances with few stopping opportunities to ensure parts and finished vehicles arrive on time, although prevalence of rail for vehicles in North America is more than 30 times greater than India. Speakers in India pointed to rising fuel costs, a driver shortage and poor road conditions among the reasons India would benefit from an increase in rail.

MM Singh, chief operating officer for production, expressed the need to act now to transport vehicles more efficiently. He told Business Line: “The concern for us is, because of the congestions on the roads, there will be a time when plying of the heavy vehicles (to transport cars) will be difficult.” His fears reflect those of many Indian OEMs struggling to move cars around to their destinations and customers on time.

The Indian government has made moves to respond to this need, with the revision last year of the automobile freight train operator (AFTO) policy of the Indian Railways, under which firms can invest in specifically designed wagons to offer transport services. Along with Maruti, APL-Vascor has also developed a prototype wagon with moveable decks.

The eventual use of such wagons, together with an interconnected country-wide railway system, is expected to reduce waiting and delivery times, and will also make deliveries easier to track across the supply chain. With congestion ever-growing on India’s busy highways, trucking is becoming more and more unreliable. Bulk transport is expected to significantly make up for time lost on the road.

Maruti currently operates in two stockyards, in Bangalore and Nagpur, but intends to develop more in the north-eastern city of Siliguri and another in West Bengal, to service the eastern markets.