Mazda and Toyota set up JV for Huntsville car plant 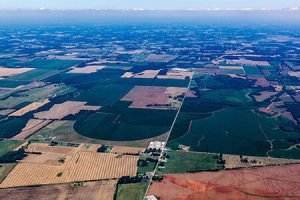 Japanese carmakers Mazda and Toyota have formally established a 50:50 joint venture (JV) company, Mazda Toyota Manufacturing USA (MTMUS), which will be the legal entity behind an assembly plant to be built at a site in Huntsville, Alabama (pictured).

The two OEMs are spending $1.6 billion on a factory that will produce 300,000 vehicles a year and employ up to 4,000 workers. The companies first flagged their plans at the start of the year.

The plant is set to produce 150,000 units of a Mazda crossover model for the North American market and 150,000 Toyota Corolla vehicles.

Hironori Kagohashi, Toyota’s executive general manager and MTMUS’s executive vice-president, said: “The new plant, which will be Toyota’s 11th manufacturing facility in the US, not only represents our continuous commitment in this country but also is a key factor in improving our competitiveness of manufacturing in the US.”

The new factory will combine Toyota’s and Mazda’s manufacturing expertise and gain from the JV’s synergies, he added.

The companies said ground preparation would begin soon, with full-scale construction expected to start in 2019 and car production in 2021.