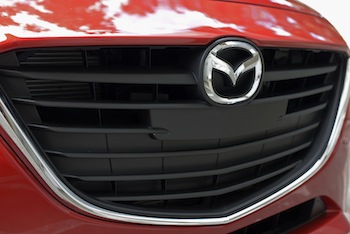 Japanese carmaker Mazda has started production at its new plant in Mexico. Organised under a division set up in 2011 called Mazda de Mexico Vehicle Operation (MMVO), the first vehicle off the line at the plant in Salamanca was a Mazda3 sedan destined for the US market. The division is a joint venture with global trading company Sumitomo Corporation.

"With the start of mass production, we now have a system capable of offering vehicles of the same high quality as those made in Japan, on a global scale, and that is extremely gratifying,” said Keishi Egawa, president and CEO of MMVO. “We are committed to continue our efforts to contribute to the growth of Mexico's economy through the production of vehicles and the development of personnel who support and lead the automobile industry here."

Mazda sold a record 33,000 vehicles in Mexico in 2013, bringing total sales since it entered the market in 2005 to 180,000. However, the plant will be producing vehicles for North America and Europe and the fact that the first model off the assembly line was for the US highlights Mexico’s position as a major production location for export markets.

Annual production at MMVO is expected to hit 230,000 units by the end of March 2016 and the company is planning to start engine production in October this year.