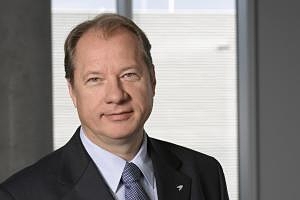 Jens Ludmann (pictured) has been named as McLaren Automotive’s first chief operating officer since Mike Flewitt, the supercar maker’s current CEO, was promoted from the position almost three years ago.

Ludmann was most recently executive vice-president at FEV, the powertrain and vehicle engineering company, where he was responsible for the company’s European operations and was also chairman of its executive board, according to the company’s website. He has also worked as chief engineer of product development at Ford and as chief technical officer at Qoros Auto.

Ludmann is a keen racing driver who holds an International C Race Licence and regularly competes in the challenging Nürburgring 24 Hours race.

He starts with McLaren on May 2nd and his responsibilities will include product development, purchasing, supplier quality assurance and manufacturing, including overseeing the launch of a further 14 new models or derivatives over the next five years.

“Jens brings a broad and global wealth of experience from across the automotive industry, having worked in several senior technical and leadership roles,” said Flewitt about his appointment.

McLaren is currently in the second year of its Track22 business plan which involves investment of £1 billion ($1.25 billion) in research and development to deliver 15 all-new cars or derivatives by the end of 2022, of which at least 50% will feature hybrid technology.