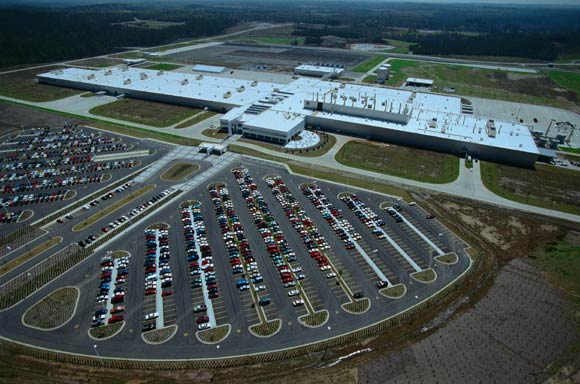 Mercedes-Benz has begun operations at its new logistics centre in Vance, Alabama, having first broken ground six months ago. The $70m centre first went online at the end of December prior to the company’s holiday shutdown and was reopened at the beginning of January.

It covers almost 84,000 square metres and will now commence operations for four Mercedes models to be produced in 2014, including the new generation C-Class sedan.

The centre is expected to handle around 3m automotive parts, which will be delivered by 240 tractor trailers. Approximately 20,000 bins will be used for transporting the parts, all be fitted with bar codes, which will allow for electronic inventory tracking: a necessity in an operation of this scale.

To facilitate demand and expected production, more than 600 employees have been hired to unload, shelve and sequence the parts arriving at the warehouse. The facility will also be linked to Mercedes Number 2 production plant by a covered, 3.6 metre-high tunnel.