Mexican production booms but tier ones still reliant on imports 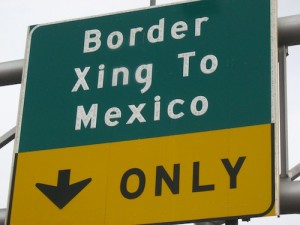 As production continues to grow in Mexico, with a recent spate of OEM and tier one suppliers announcing plans for facilities, the tier two and raw material base remains underdeveloped, which means that tier one suppliers are still relying on a high level of imports, according to industry analyst IHS Automotive.

The reliance on imported parts may be a chronic issue, said IHS Automotive.

“Mexico’s local suppliers have been hampered by a shortfall in the quality needed for international manufacturers, as well as the intense competition that has emerged with the arrival of major tier ones over the last few years,” said the analyst in a statement. “The arrival of major global suppliers setting up production bases in Mexico has seen them dominate at the expense of the local supplier industry, which has very few local Mexican tier one suppliers.”

IHS also pointed out that there was growing pressure on component makers in the US to match the prices offered by counterparts based in China, which is leading to many small to medium-sized suppliers unable to move to China to shift production to Mexico.

For foreign tier ones and other major suppliers there is now plenty of opportunity to locate new facilities in the region. IHS Automotive forecasts that production in Mexico will see production of 3.24m units in 2014 on its way towards 4.2m units in 2017. As such, Mexico will eclipse Brazilian output in 2014.

“In 2014, production should increase in the third quarter, though output may be sequentially lower in the fourth,” said the analyst. “We also see output surpassing 4.8m light vehicle units in 2019 as capacity and component supply networks are widened and improved.”

As has been reported, Mazda, Toyota, Honda, Nissan, and the Nissan-Daimler joint venture have either announced or begun production since late 2013. Audi has begun work on its own plant in San José Chiapa (not far from its first factory in Puebla state), due for completion in 2016 and, most recently, Kia announced a $1-billion investment for a plant in Monterrey.

Toyota is also reported to be looking at locations for a new facility.

That has led to a marked expansion of operations by tier one suppliers, who also continue to expand their facilities in the country with a number of announcements in the last month. Among those, Spanish component and systems maker Gestamp has opened a $71m plant in Puebla, serving Chrysler, Fiat, Freightliner, GM, Nissan and VW. Jatco also opened a new plant in Aguascalientes to supply Nissan and Daimler with continuously variable transmissions, while ZF Sachs Suspension is spending $30m to increase production capacity at its El Salto plant, which makes shock absorbers. Axalta Coating Systems, Sumimoto Electric Industries and GKN are among some of the other companies making investments.

The logistics ramifications of this production surge will be under discussion at the inaugural Automotive Logistics Mexico conference that takes place in Mexico City between the 27-29 January next year. Learn more here.