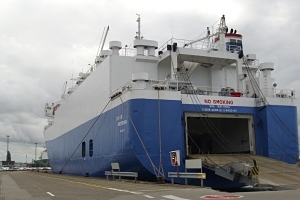 “Between 2009 and 2012, these agents entered nine collusive agreements – in some cases the period of the deal was extended into 2015 – to allocate among themselves the national market of maritime transportation of motor vehicles and construction and farming equipment,” said Cofece in a statement.

“This reduced competitive pressure and increased the costs of services provided to companies from the automotive industry.”

The news follows a number of investigations by antitrust authorities in recent years into similar behaviour in various countries.

In July last year, meanwhile, WWL became the fourth car carrier confirmed to be fined by the US Department of Justice in relation to price-fixing on international ro-ro services between 2000 and 2009, agreeing to pay out almost $100m in fines.

And most recently, in November 2016, WWL and Eukor agreed to pay fines totalling 28.6m reais ($8.8m) to Brazil’s competition regulator as settlement in a probe into alleged anti-competitive behaviour.