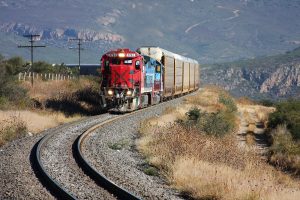 Over the year, exports increased to 2.64m vehicles, an increase of more than 9%, according to AMIA figures released this week. Compared to the previous year, production output in Mexico grew almost 10% during 2014 to reach a record 3.2m vehicles.

The US accounted for the greatest percentage of exports from Mexico during December, rising by 22% and equal to 139,000 units. For the whole of 2014 the US imported 1.87m vehicles from Mexico, up 14% on the previous year. As a whole, the US now accounts for a 71.4% share of exports from Mexico. According to AMIA, Mexico’s growth rate in terms of vehicle supply to the US is around the same as that of South Korea (13.6%).

Canada, which came second as an export region for Mexico, accounted for more than 267,000 units last year, up more than 37%, though for the month of December there was a drop of 8% to just more than 17,000 compared to December 2013.

The third biggest region for exports was Latin America, which showed an increase of 18% to more than 19,000 in December compared to last year. However, for the whole of 2014 the number of exports there dropped by almost 19% to just under 250,000 vehicles compared to the previous year.

On an OEM basis, Nissan, the country’s largest OEM, exported a total of 548,599 vehicles from Mexico in 2014, the top figure for the corporation globally, according to a spokesperson for the carmaker. Of that figure, 368,351 went to the US, while 39,393 went to Canada. The carmaker exported 41,205 units to Latin America.

These latest increases in finished vehicle movements to the US and Canada again raise questions about available capacity in the outbound sector, at least that overland. Nissan, for one, uses rail to send 70% of its US-bound exports and 100% of its Canadian-bound exports out of Mexico. It also uses rail to send vehicles produced at its plants in Aguascalientes to the ports for short-sea routes. Wallenius Wilhelmsen Logistics (WWL) processes Nissan vehicles for rail transport and as Sergio Guitarrez, then head of Mexico at WWL, told Finished Vehicle Logistics last year, rail will have one of the most important roles to play in helping Mexico achieve its export targets.

In terms of road haulage, last Friday the US Department of Transportation (DoT) gave the go ahead for Mexican trucking companies to apply for long-haul cross border trucking permits to carry out services into the US. The decision follows a three-year pilot programme carried out by the DoT’s Federal Motor Carrier Safety Administration (FMCSA), which tested and validated the safety of Mexican trucking companies.

“Data from the three-year pilot programme, and additional analysis on almost 1,000 other Mexican long-haul trucking companies that transport goods into the United States, proved that Mexican carriers demonstrate a level of safety at least as high as their American and Canadian counterparts,” said transportation secretary Anthony Foxx.

The boom in cross border trade, which rose by 9.6% to $34 billion in October last year according to the US Bureau of Transportation Statistics, has been driven in a large part by the growth in vehicle exports.

The recent policy change, which comes two decades after it was originally stipulated in the NAFTA agreement, is expected to result in the permanent termination of more than $2 billion in annual retaliatory tariffs on US goods. That said, the move has not gone without criticism, most vocally from the Teamsters union in the US. "“I am outraged that the Department of Transportation has chosen to ignore the findings of the DoT Inspector General and is moving forward with a plan to open the border to Mexican trucks in the coming months,” Teamsters union president Jim Hoffa said in a statement.

The findings he was referring to concluded that the pilot programme constituted too small a sample size to make hard regulatory decisions. It remains to be seen whether that will lead to any consequences for the increase in truck movements promised by the change in regulation.

Connecting Mexico with NAFTA and the rest of the world will be just one of many topics discussed in detail at the Automotive Logistics Mexico conference, which takes place in just under two weeks at the Marquis Reforma hotel in Mexico City (27-29 January 2015). Find out more about the programme and register here