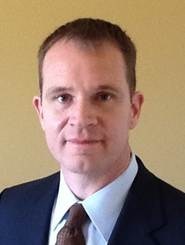 Global supply chain providers UTi Worldwide has announced the appointment of Mike Valentine as its new regional sales vice-president for the Americas. Valentine will lead an integrated sales force across freight forwarding, contract logistics and distribution.

According to Ed Feitzinger, executive vice-president, Valentine will be responsible for meeting all sales revenue objectives and initiatives across the Americas region. Representatives from the company claim that Valentine will place increased emphasis on growth markets in Latin America and the cross-border trade in North America.

Feitzinger said that Valentine was chosen for the role due to his previous position as leader of UTi’s automotive sector, during which time he helped the company to achieve double-digit revenue growth in the sector. Having joined the company in 2009 from General Motors, Valentine initially worked as director for UTi’s supply chain design and innovation team.

Also at UTi, Bruce Hulings has been appointed responsible for the business development and implementation intended to drive growth in UTi’s Projects, Mining and Energy vertical.

Prior to joining UTi, Hulings was the Americas vice-president in the energy sector for Ceva Logistics.