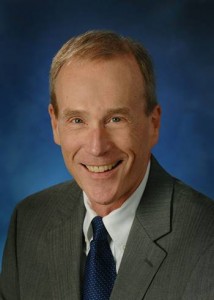 Dick Craig has been promoted to CEO and president of Mitusi OSK Lines (America), taking on those responsibilities from Tsuyoshi Yoshida.

Craig, moves up from his role as of executive vice president, sales and operations, a position he was only recently promoted to in January this year. He has been with the company since 2003 when he joined as vice-president of yield management from rival ocean services provider APL, a company at which he worked across various roles during a tenure spanning 23 years.

“Dick was instrumental in bringing MOL (America) up to one of the most efficient and productive organisations within MOL Liner in the last 10-plus years,” said MOL Liner president and CEO Toshiya Konishi. “I believe Dick is ideally suited to continue to drive the company forward, build on its potential and realise its intrinsic value in order to accomplish and exceed our goals under the MOL Group’s “STEER FOR 2020” mid-term management plan.”