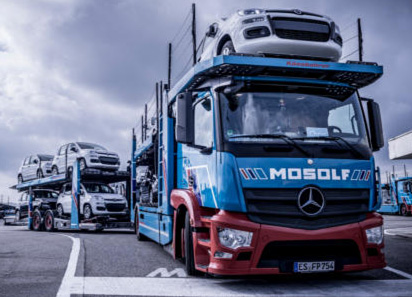 AFG coordinates the handling of vehicles between the end of the production line and handover to transport companies, using a range of in-house developed, modular IT solutions to manage and monitor the vehicle dispatch process. Those IT functions are “well able to complement and expand our new digital process structure to provide greater transparency and efficiency in a sensible manner,” said Mosolf.

AFG is headquartered in Rüsselsheim and has operations at Opel plants both there and in Eisenach, as well as at BMW in Garching and Regensburg. It employs around 200 people, all of whom will be fundamentally unaffected by the takeover, according to the Mosolf group.

Headquartered in Kirchheim unter Teck, Mosolf runs a multimodal fleet transporting cars, vans and high and heavy vehicles, and covers automobile logistics from the end of the production line to final recycling. It is currently in the process of rebuilding its fleet of carriers towards the 1,000 units it operated before the global fiscal crisis of 2008-2009, after which numbers dropped to 700.

The group recently also took over complete ownership of SAT Sächsische Autotransport und Service, previously a 50:50 joint venture with the Schnellecke Group. SAT handles new and used vehicles for manufacturers, dealers and fleet operators, and is releasing agent at the Volkswagen plant in Zwickau-Mosel, Germany.

In related news, Egon Christ has taken up a new position as managing director of Mosolf Transport Solutions and will be overseeing developments at AFG along with the company’s own managing director, Bernhard Ewe.