Navarro takes up MP&L role for JLR in Brazil 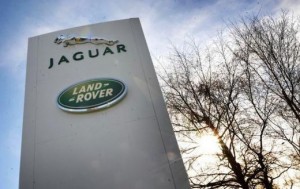 Jaguar Land Rover has appointed Marcelo Wilson Navarro as its senior manager for Material Planning and Logistics (MP&L) in Brazil. He moves across from his role as regional manufacturing manager at Pepsico, which was based in the Sorocaba region.

Prior to his time at Pepsico, Navarro had logistics and management roles at motorcycle maker Kasinski and equipment maker Case New Holland. He also worked in a number of supervisory roles for the Brazilian division of parts suppliers ZF and Delphi.

David Dyke, director, Global Material Planning & Logistics for Jaguar Land Rover, said: "We are delighted to welcome Marcelo to the team. With nearly two decades of experience in the automotive and manufacturing industry he will be a valuable asset to the development of Jaguar Land Rover's first wholly-owned overseas manufacturing facility."

The carmaker also stated that Navarro had a track record in the succesful implementation of world-class operations and complex start up projects, including expertise in lean manufacturing, SCM, strategic planning and people development.

JLR announced at the end of last year that it would be building a R$750m ($392m) plant in Itatiaia, in the state of Rio de Janeiro. The plant is its second manufacturing facility to be built outside of the UK, following the beginning of production in China as part of a joint venture with Chery.

Production in Brazil is expected to start in 2016 and will include the Discovery Sport model, with annual production set at 24,000 units. By March 2015 there will be 42 dealers across Brazil as part of the company's further expansion plans.