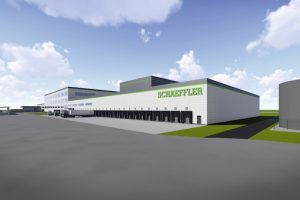 Once operational in 2019, it will be managed by third-party logistics provider, Neovia Logistics. Neovia will pick, pack and dispatch 40,000 different parts and components for passenger cars, light and heavy utility vehicles and tractors. They will include clutch, engine, transmission and chassis systems.

According to Schaeffler, the Aftermarket Kitting Operation (as the facility is being called) will be the main supply hub for its Automotive Aftermarket division’s other regional warehouses in Europe, while also serving as the regional warehouse for Germany, Austria and Switzerland. The company said the facility would ensure shorter delivery times for customers in the region.

Schaeffler announced it would establish a separate automotive aftermarket division in October this year to cope with increased demand. The division will start business from January next year.

“Our agreement with Neovia Logistics marks an important milestone on our way to building a state-of-the-art assembly and packaging centre in Halle’s ‘Star Park’ industrial estate,” said Michael Söding, head of the Automotive Aftermarket division. “The centre will further optimise our processes and throughput times and hence enable us to provide an even faster, more reliable and more flexible service to our customers.”

Schaeffler has recently reported figures for the first nine months of the year that show revenue growth in the Automotive division of more than 5% over the same period in 2016, to more than €8 billion ($9.5 billion).