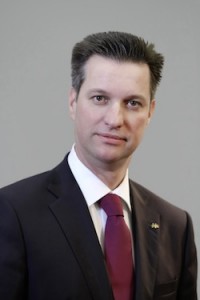 Thomas Schmall (left) is moving from his position as president and CEO of Volkswagen do Brasil to take up a new role as Board of Management member responsible for Components.

Schmall is replacing Prof. Dr Werner Neubauer who is retiring but will continue at the Group in an advisory capacity.

Prof. Dr Neubauer joined VW 1965, assuming management responsibilities in production from 1972. Amongst his numerous duties since then he has been head of overseas production for the Africa region, head of the central overseas production department and head of logistics at the Volkswagen brand. In 2006, he was named general representative for VW Group components, also assuming responsibility as member of the Volkswagen brand Board of Management responsible for Components from 2007.

Schmall joined VW 1991 and after posts in industrial engineering in Wolfsburg he moved to VW do Brasil in 1999, becoming manager of the Curitiba plant in 2000. He joined Volkswagen Slovakia as board member for Engineering in 2003, becoming chairman in 2005, before moving back to Brazil in 2007 when he was made president and CEO of the division.