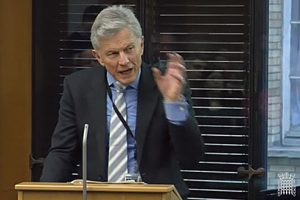 The UK Audit Office has warned in a report this week that while progress has been made in designing and developing the new Customs Declaration Service (CDS), there is a risk its full functionality and scope will not be in place by the time the UK leaves the EU in March 2019.

The report is the latest warning about the effect an immediate exit from the EU could have on the intertwined manufacturing supply chains between the two regions.

Speaking at the SMMT’s International Automotive Summit in June, Ian Howells, senior vice-president of Honda Europe, warned of the potential negative impact of the UK leaving the Customs Union immediately after the Article 50 deadline, including the potential for the CDS to not be ready.

“Given the experience of the difficulty of moving to new customs systems, business needs a phased approach to introducing any new business systems or complex changes of rules,” he said. “Remaining in the customs union would allow time for that to happen and for the bedding in of the new, more capable CDS, and reduce risk.”

Her Majesty's Revenue and Customs (HMRC), the country’s tax collection agency, estimates that post-Brexit customs declarations could balloon to 255m a year from the current 55m, depending on the deal struck and whether the country leaves the EU Customs Union.

Amyas Morse (pictured), head of the National Audit Office, said: “HMRC has made progress in developing the new customs system, which was part of its existing programme, but it may need to be ready much earlier than originally planned, if there is no agreement extending timescales on the transition to any new customs arrangements.

“Customs problems have obvious implications for the flow of goods in and out of the UK, so government as a whole needs to decide whether the extra cost and effort of getting a working system in place for day one is an insurance premium worth paying.”

In 2013-14, HMRC started plans to replace its customs system, known as CHIEF, following changes to EU legislation which would have been costly and difficult to make on its ageing technology.

CHIEF collects around £34 billion ($44 billion) in tax and duty on imports from countries outside the EU each year. In 2015 nearly £700 billion of goods crossed the border.

In March, Andrew Tyrie, Chairman of the UK Treasury Committee, revealed his concerns about the system being implemented in time.

“In just 67 days, confidence in the successful implementation of the Customs Declaration Service– a project that HMRC itself describes as 'business critical' – has collapsed,” said Tyrie in correspondence with the HMRC director general.

The Audit Office says about 8,700 users and intermediaries, including freight suppliers, customs agents and software providers, will be directly affected by the new customs system.

HMRC expects all traders to use its new customs system by January 2019.