The Federal Executive Council of Nigeria has approved a policy to develop the country’s local automotive industry’s production and supply base, while limited foreign imports of vehicles both for government purchases and by increased tariffs. 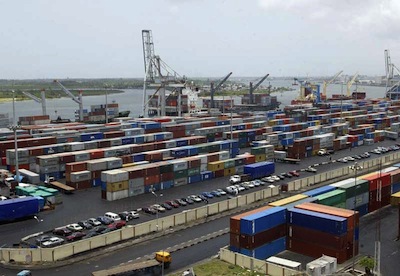 The Nigerian government’s Automotive Industrial Policy Development Plan seeks to increase assembly in the country and attract investment from global suppliers. It is also aimed at phasing out imports of second-hand vehicles, which are known locally as ‘Tokunbo’.

According to statistics published in The Nation last year, 5,685 vehicles were imported into Nigeria during one recorded month, over 3,800 of which were second-hand. Around 28% of all vehicles imported monthly into the country are new.

To do this, under the new regulation, all vehicles procured by the Federal Government are to be sourced from local assembly plants. The government will also discourage the importation of vehicles by setting higher tariffs.

The one exception to this policy is for general vehicle imports of a specialised nature, which will carry certification from the National Automotive Council to say that they have not been produced in Nigeria.

Labaran Maku, Nigeria’s Minister of Information, said that the shift towards a more localised focus came after “recommendations were adopted at various fora, conferences and consultations with stakeholders, including some original equipment manufacturers.”

According to All Africa, the new regulation took the government around nine months to compile. Despite the fact that the policy has been approved, it still awaits legislative backing from the National Assembly , If brought through, however, ministers anticipate an increase in equipment manufacturing to follow, ministers agreed, as well as the creation of numerous jobs – an estimated 700,000 - and technological advances across the country.

Following the council meeting, Dr. Olusegun Aganga, head of trade and investment, said that officials received input from OEMs such as Nissan and Toyota who were set to announce investments in Nigeria. “The Council approved that the approved recommendation should be backed by appropriate legislation to give comfort to investors that there will be no abrupt change in policy,” he said.

To further cement the commitment to automotive progression in the country, the Industrial Training Fund (ITF) is also apparently working with Cena of Brazil to open up new automotive training centres in Nigeria, and two universities have also implemented degree programmes in automechanical engineering.

To avoid any breakdown of the new policy and support growth in the automotive supply chain, the Federal Government plans to establish three automotive “clusters” across the country, as well as reviving the metal, steel, and tyre-manufacturing industries.