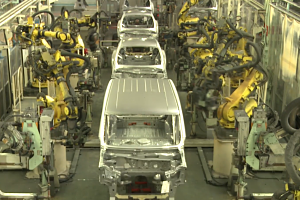 Nissan has halted production of cars in Japan destined for the local market after it found that unaccredited inspectors were still conducting final vehicle checks at its assembly plants – despite the company being notified a month earlier by authorities that its inspection process was non-compliant.

Speaking at the Tokyo Motor Show this week, Daniele Schillaci, the company’s head of global sales and marketing, apologised for the scandal.

The certification procedures are a Japan Ministry of Land, Infrastructure and Transport requirement, and call for registered technicians to carry out final inspections on finished vehicles.

“By October 18th, the investigation team (led by a third party) discovered that at its Oppama, Tochigi and the Nissan Kyushu plants, certain parts of the final inspection process were still being carried out by technicians not properly registered to perform those duties for vehicles for the Japan market,” said the company in a statement on October 19th. “Nissan decided today to suspend vehicle production for the Japan market at all Nissan and Nissan Shatai plants in Japan.”

A Nissan spokesperson insisted that the issue was not one of quality or safety and that processes and checks on the production line had been conducted properly.

“All inspections were actually conducted (no ‘missed checks’), and were conducted by inspection staff,” said the spokesperson. “The issue is one of people – in this case, people registered specifically to conduct final inspections of vehicles for sale in Japan.”

Production of vehicles for export, which makes up a greater proportion of production, is still ongoing as the issue is specifically related to regulatory requirements in the Japanese market.

The spokesperson told Automotive Logistics the company was looking at restarting local production within two weeks of announcing the production halt.

“It is also worth noting that the plants are all going online at different times, with the end point being the end of that two-week period,” said the spokesperson.

This also meant it was difficult to say how production would be affected, according to the spokesperson, who estimated that the production rate for Japan was about 1,000 vehicles per day.

“It is also hard to give a total, since we can often compensate for lost production once production gets started again,” added the spokesperson.

The company has no plans to import vehicles into Japan to compensate for delays to deliveries.

It has also promised to recall and inspect the 34,000 cars produced since September 20th.

Kobe steel updateNissan recently found itself on the other side of another scandal recently, when Kobe Steel admitted earlier this month that it had shipped thousands of tonnes of aluminium and copper products in the past year which did not meet specifications as agreed with customers.

Following its own technical assessments, Nissan has since confirmed that Kobe Steel-supplied aluminum plate used in the hoods and outer door panels of its vehicles have no safety issues as pedestrian protection products.

It also confirmed that products supplied to Nissan, including steel wire and special steel, did not contain non-conforming products.

Toyota has also completed analysis on the aluminium plates, agreeing that the materials satisfied statutory and its own internal standards for safety and durability requirements.

“However, since the announcement by Kobe Steel covers a wide range of products, we do not regard this matter as closed, and we are continuing our efforts to identify its full impact. We are currently working to identify the impact of affected non-aluminium materials on our vehicles,” added the company.