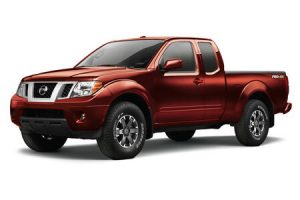 Japanese OEM Nissan has started manufacturing the Frontier pick-up truck in Argentina – the fifth country to make the vehicle. Known as the Nissan Navara elsewhere in the world, the vehicle is already produced in Mexico, Spain, China and Thailand.

The company has opted to produce the truck in Alliance partner Renault’s assembly plant in Santa Isabel, Cordoba, primarily to cater for growing demand in South America.

“Localisation is key to competitiveness,” a company spokeswoman told Automotive Logistics. “As of today, the target is higher than 30%. However, we have the objective of reaching 40%, by working closely with the supplier network and increasing it gradually as opportunities arise.”

The $600m investment at Cordoba will raise the plant’s capacity by 70,000 vehicles a year. Half of that will meet domestic demand in Argentina with the rest exported to Brazil. The OEM is also studying the possibility of expanding sales to other regional markets.

Referring to Nissan’s car assembly plant in Resende, Rio de Janeiro state, Nissan's spokeswoman said: “When we decided to invest in a manufacturing plant in Brazil a few years ago, we knew we had to complement this with an investment in Argentina to take advantage of the flex agreement between the two countries. Brazil is producing passenger vehicles that are exported to Argentina, and now Argentina is producing Frontier, our iconic pick-up, which will be exported to Brazil.”

Commenting on the start-up at Cordoba, Ashwani Gupta, senior vice-president of Nissan’s light commercial vehicle (LCV) business, said: “We already have a strong presence in Latin America and this production line will ensure better delivery of our pick-ups as demand for them around the world continues to grow."

Argentina is the third largest automotive market in Latin America and is expected to grow to sales of 1m units annually in the mid-term, up from about 900,000 units today.

“We already have a plan to significantly grow our presence in the country,” said Nissan's spokeswoman. “Currently there are 33 Nissan facilities, including sales and aftersales. By 2020, we expect to have 75.”

The investment at Cordoba covers manufacture of one-tonne pick-ups for Alliance partners Nissan and Renault, as well as Mercedes-Benz as part of an agreement with its parent company, Daimler. The three vehicles share structural components but preserve their own brand identities, design, positioning and distinctive features, the spokeswoman confirmed.

Two months ago, Nissan separately revealed details of plans to expand in what it termed the ‘new frontier’ markets of Africa, the Middle East and India, where few other carmakers are currently present.