Nissan seeks synergies as it adds Mitsubishi to its alliance 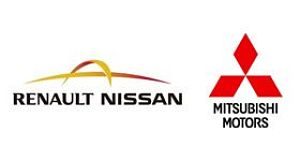 In completing its $2.3 billion investment in a 34% stake in Mitsubishi this week, Nissan has added a third company to its 17 year-old global alliance with Renault.

Not only will the deal make the combined group the world’s third largest car producer with an anticipated 10m vehicles this year, but it will also result in major synergies over the next few years.

Nissan and soon to be Mitsubishi chairman, Carlos Ghosn, said the companies would achieve similar synergies of around ¥25 billion ($230m) each in the first full year, rising to ¥60 billion ($580m) and ¥40 billion respectively from 2018.

In a press briefing this week, Ghosn said: “These synergies have been identified as low hanging fruits.

“There are plenty of synergies that we know exist that we didn’t even start [evaluating yet] ­– for example, collaboration on parts and accessories and aftersales,” he added. “There is plenty of potential.”

Mitsubishi has 30,000 employees and production facilities in Japan, Thailand, China, The Philippines and Russia. Global sales volume in the 2015 financial year was 1.05m units, generating net sales of ¥2,267 billion.

The synergies identified so far will occur all through the business and include joint purchasing; deeper localisation in operations; joint plant utilisation; common vehicle platforms; and the use of the Nissan Sales Finance Company to serve Mitsubishi customers in certain markets.

Potential logistics gains were not specifically mentioned as a target area in the efficiency targets, despite being one of the areas jointly run by the Renault-Nissan alliance executive.

Nissan has nominated four representatives to the Mitsubishi board, including Ghosn as chairman-elect. In addition, Trevor Mann, who has held important roles for the company and is currently Nissan’s chief performance officer, will become chief operating officer of Mitsubishi.

Masuko said: “We intend to capitalise on Mr Mann’s experience and drive reform in pursuit of sustainable growth under new leadership.”

Among other changes within the alliance, Veronique Sarlat-Depotte, currently the deputy alliance VP of purchasing, will take over from the current VP Yasuhiro Yamauchi, who will become chief competitive officer.

The transaction was first announced in May after Mitsubishi CEO Osamu Masuko requested Nissan’s assistance in the wake of the company’s fuel economy scandal.

The two companies have been in a joint venture over kei-cars (micro-cars) in Japan since 2011.