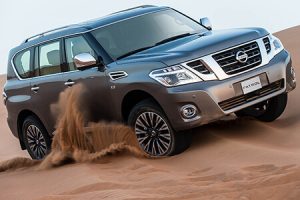 Japanese carmaker Nissan has revealed plans for major expansion in Africa, the Middle East and India. The company said it wished to grow in “new frontier markets” where few other carmakers were present.

Attracted by forecasts that industry-wide annual sales are expected rise by about 40% in the region to more than 12m vehicles by 2022, Nissan aims to build its strengths in South Africa, India, the UAE, Egypt and parts of sub-Saharan Africa.

The company said it was planning to improve profit margins in the region by developing more strong partnerships and using local talent to meet growing vehicle demand.

In addition to building on growth in the Gulf and South Africa,increasing market share in Turkey, Saudi Arabia and India, and expanding industrial operations into new frontier markets, Nissan also wants to enlarge the Datsun brand in new and existing markets and extend Nissan Intelligent Mobility products and services in electrification, autonomous driving systems, and connectivity.

The goal of expanding into emerging markets follows on from last March’s announcement that Nissan was entering Pakistan through a manufacturing and licensing agreement with Ghandhara Nissan to build Datsun models, creating more than 1,800 jobs.

Four years ago, Nissan became the first major carmaker to assemble passenger vehicles in Nigeria when it started a car plant in Lagos in a joint venture with West African conglomerate, the Stallion Group.

The OEM’s goals include “substantially” increasing market share in South Africa from the current 10%. Sales went up 26% to 53,400 vehicles in the fiscal year ending March 2018.

“Nissan is working to build on its strong market position in Egypt, where it is the only manufacturer with its own plant, and on the company’s first-mover success in Nigeria…Nissan is studying further manufacturing opportunities in sub-Saharan Africa,” the company said.

In the Middle East, Nissan will add new models to what it views as an already strong presence in key segments, building on fiscal 2017 sales of 96,600 vehicles. The company wants its market share in the Gulf states to rise to 20% by March 2023, from 16% at present, with the share in Saudi Arabia doubling to 14%.

“Other market initiatives will include growth in the fleet segment and improved dealership facilities. The company will also show Nissan Intelligent Mobility technologies at Expo 2020 Dubai as it prepares to offer electrified models in the region,” it said.

As for India, its plans include strengthening the company’s dealership network and developing the Datsun and Nissan brands through commercial initiatives.

“Nissan has built a strong foundation for growth in India with a 480,000-vehicle capacity plant as well as a large research and development centre, both in Chennai, and established with its Alliance partner Renault,” the company said.

The regional expansion is the latest announcement under the company’s global MOVE strategy to 2022, which calls for sustainable growth while leading the automotive industry’s technology and business evolution.

“The company is looking to capture the full potential of Africa, the Middle East and India,” said Peyman Kargar, Nissan’s chairman in the region. “Our ambitious plans reflect the exciting opportunities ahead. Nissan has already developed a strong presence within this fast-growing region, and we are well positioned to maximise our growth and make an increasing and lasting contribution to Nissan’s overall performance.”

Under MOVE, Nissan is targeting annual revenue of 16.5 trillion yen ($150 billion) from 11.9 trillion yen in fiscal 2017, and an 8% core consolidated operating profit margin by the end of the 2022 financial year.