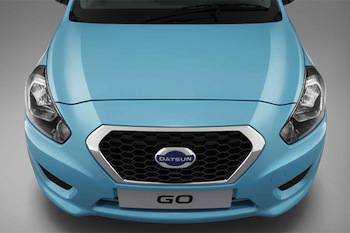 Nissan has ended its parts and vehicle supply agreement with Hover Automotive India. Hover will no longer receive Nissan branded automotive parts and vehicles and has lost its exclusive sales and marketing of Nissan cars.

The announcement comes as Nissan prepares to launch its Datsun brand in India. Nissan Motor India Private, the OEM’s Indian subsidiary, is now assuming responsibility for distribution of parts for Nissan, and will carry out its sales and marketing strategies in place of Hover Automotive. This decision is effective immediately, and further details will be announced in coming weeks.

Nissan appointed Hover Automotive to run its training, dealer development, sales and aftersales sectors in 2005, when the company began production in India. In recent years, however, poor sales affected the service and distribution, particularly of spare parts.

Nissan announced last November that the Datsun model would be sold directly through Nissan Motor in India, instead of Hover. The distribution, transport and manufacture of the Datsun will be carried out by existing investors and it is hoped the business in India from the time of its launch.

Nissan’s president of India Operations, Kenichiro Yomura, commented: “Nissan is now at a point of maturity in India where the time is right to establish our own marketing and distribution operations.

“Nissan's priority will be to ensure a smooth transition from current operations. We remain committed to our customers and will continue to deliver high quality products and services.”