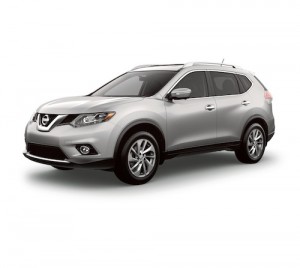 Following a tentative statement earlier this year, Nissan has confirmed that it will start making the Rogue crossover SUV at its plant in Kyushu, Japan, for export to North America next year. Annual production of 100,000 units at the Japanese plant will complement production of the popular model at its Tennessee plant in the US, as well as imports of the model from the Renault Samsung plant in Busan, Korea, which began last September.

Sales of the Rogue in the US between January and June this year were around 135,000, up 36% on the same period last year. The US plant in Tennessee is now at maximum capacity, making 640,000 vehicles a year over three shifts.

The Kyushu plant already produces another version of the Rogue for export to North America, which was one of the reasons for Nissan choosing the plant for additional production. The carmaker said in a statement that the plant’s quality, cost competitiveness and flexibility were among the other reasons behind the choice. As reported in February, the weakening yen has also helped stimulate a growth in automotive-related exports from Japan to the US along with other markets.

“Since its establishment in October 2011, Nissan Motor Kyushu has worked to further improve its production and works very closely with its suppliers,” the OEM said in a statement. “The company has become a Global Cost Leader within Nissan's global production structure, with innovative logistics improvements between itself and the plant in Korea through the use of trucks with both Japanese and Korean licence plates and in the expanded use of automatic guided vehicles.”

A spokesperson for Nissan said there were no details yet available about when the first volumes would arrive in the US or which route they would be taking.