NYK convicted and fined in Australia over criminal cartel activity 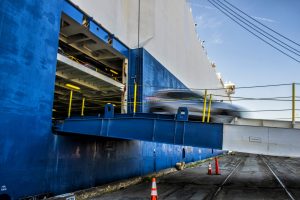 After admitting its guilt last year, shipping company NYK has been convicted by Australia’s federal court and fined A$25m ($20m) for criminal cartel conduct –the second highest fine ever imposed by the country’s competition authority.

In July 2016, following an investigation by the Australian Competition and Consumer Commission (ACCC), the Commonwealth Director of Public Prosecutions (CDPP) charged the Japan-headquartered company for cartel activity with other shipping lines for the shipping of motor vehicles to the country between 2009 and 2012.

At the time, it was the first criminal charge laid against a corporation under the criminal cartel provisions of the Competition and Consumer Act.

The ACCC says the cartel operated from at least February 1997 and affected vehicles transported to Australia by NYK and other shipping lines from locations in Asia, the US and Europe on behalf of major car manufacturers including Nissan, Suzuki, Honda, Toyota and Mazda.

ACCC chairman Rod Sims said: “The Australian community relies heavily on imported vehicles, so a longstanding cartel in relation to the transportation of those vehicles to Australia was of significant concern.”

“The NYK fine is also the second largest ever imposed under the Competition and Consumer Act, and incorporated a significant discount for NYK’s plea and cooperation.”

In a statement, NYK said the court had recognised its guilty plea and that it had co-operated with the ACCC in the investigation. It also mentioned the efforts it had made since 2012 to ensure that contraventions of this type could not occur again.

Within his summary judgement made on August 3rd, Justice Wigney said: “In the five years since its offending behaviour was detected, NYK has demonstrated a change in its corporate culture of compliance, renounced its wrongdoing and established structures, systems and programs to prevent any reoffending.

“It has remodelled its corporate thinking and behaviour so that it may re-establish itself as a good corporate citizen.”

Justice Wigney said the fine incorporated a global discount of 50% for NYK’s early guilty plea and its past and future assistance and cooperation.

In November 2016, the CDPP laid charges against another alleged participant in the cartel, Kawasaki Kisen Kaisha (K-Line), also a Japanese shipping company. A committal proceeding is listed in the Local Court in Sydney on October 19 and 20.

“The ACCC’s investigation in relation to other alleged cartel participants is continuing,” it said in the NYK ruling announcement.

Having first announced its plans to stop local production back in 2014, Toyota has confirmed that on October 3rd, the final Camry will roll off the production line at the Altona plant in Melbourne.

Soon after, on October 20th, General Motors subsidiary Holden will produce the final vehicle at the Elizabeth plant in South Australia, having operated there for more than 60 years. The brand, which already imports most of its models, said it would continue to ship cars in from Europe, North America and Asia after local production ceased.

Cartel clampdownNYK's fine is just one of many to have hit the global ro-ro-shipping market lately after a a string of investigations into cartel-related activity worldwide.

In July last year, meanwhile, WWL became the fourth car carrier confirmed to be fined by the US Department of Justice in relation to price-fixing on international ro-ro services between 2000 and 2009, agreeing to pay out almost $100m.

And in June, Mexico’s Federal Economic Competition Commission (Cofece) issued seven ro-ro carriers with fines totalling 581.6m pesos ($32.4m), saying they acted as a cartel to increase prices over the same period between 2009 and 2012.