NYK extends its scope in East Africa and Asia 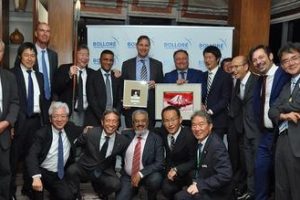 By the end of this year, the new joint venture will offer a variety of services at the port of Mombasa, including inland transport, PDI, car storage and customs clearance.

In a statement, NYK said the combined experience of the joint venture partners meant Bolloré NYK Auto Logistics would be "well positioned to provide widespread customers with high quality services for East Africa".

Kenya, which is currently experiencing strong economic growth, is expected to see a rise in finished car imports and become a gateway for other countries in East Africa, it added.

Kenya and Africa as a whole have been attracting more attention from the automotive sector of late. Last month, Volkswagen signed an agreement with the Kenyan government to start building the Polo Vivo at a facility in Thika, near Nairobi, by the end of this year. Earlier this month at the Automotive Logistics UK summit, meanwhile, Philippe Funda, lead analyst for the EU, Middle East and Africa at forecasting consultancy PWC Autofacts, highlighted the Middle East and Africa as an area of increasing importance to the sector.

NYK said the new service, which replaces a previous once-a-month service calling at the port of Cai Lan, would “attempt to meet the demand for the transportation of finished cars to Vietnam” which it described as “a country experiencing strong economic growth”.