NYK sets up joint venture for inland services in Vietnam 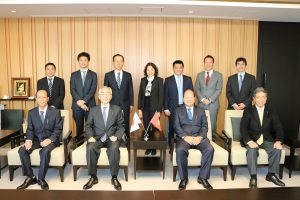 The joint venture will be called NYK Auto Logistics Vietnam (NALV) and will provide services for imported cars including storage, delivery and pre-delivery inspection (PDI).

NYK did not say what volumes it expected to be dealing with, stating only that sales were strong in the country and increased demand was expected. According to the Vietnam Automobile Manufacturers Association (VAMA), up to November this year, vehicle sales in the country were 243,675 – up 32% on the same period in 2015. Of that figure, passenger cars accounted for almost 141,000, a 36% increase.

As in other markets, NYK will combine the inland services with its well-established ocean ro-ro services. The company makes ro-ro vessel calls at ports in the north and south of Vietnam.

In October this year, it launched a new ro-ro service linking Hai Phong in northern Vietnam with Ho Chi Minh in the south, with onward transport to Laem Chabang in Thailand.

The previous service for Northern Vietnam called at the port of Cai Lan once a month. The new service calls at the port of Hai Phong, which is close to Hanoi, the capital of Vietnam, and increases the frequency of calls to twice a month.