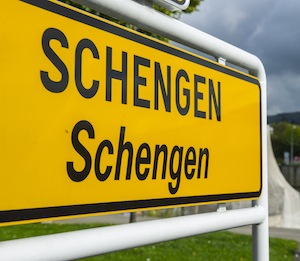 The heads of Daimler and GM’s Opel division used the Geneva motor show this week to warn of the dangers any tightening of European border controls in the wake of the refugee crisis would have on the logistics underpinning their respective lean manufacturing systems.

According to a Reuters report published this week, Karl-Thomas Neumann, CEO of Opel, told reporters gathered in Geneva that a breakdown in Europe’s Schengen cross-border travel arrangement would be “horrific” for the company.

Reuters quoted Neumann as saying: "We have huge logistics operations in southern Europe, any disruption would have an immediate impact on the bottom line.” The carmaker moves parts and vehicles between facilities in Germany, Spain, Poland, the UK and Italy.

Meanwhile, Dieter Zetsche, CEO of Daimler, emphasised that parts needed to arrive at its factories to ensure its lean production systems were working properly. He said that the company was already struggling at the limits of its production capacity thanks to demand for its luxury vehicles including the new GLC and the new E-Class.

"Our factories are running with one or two hours of time buffer," Zetsche is quoted as having said, adding that any shutting down of borders could disrupt the company's production system.

Delays to cross border movements have already led to a rise in the use of expedited freight providers in Europe as number of them have reported, including C4 Logistics, Evolution Time Critical and Priority Freight.

The Schengen Area covers 26 European countries that have abolished passport and other types of border control at their common borders for the easier passage of people and goods. However, certain countries have reintroduced border controls since the flow of refugees across the region has increased. This has led to concerns that the how agreement could collapse leading to a slowdown in cross border freight movements.