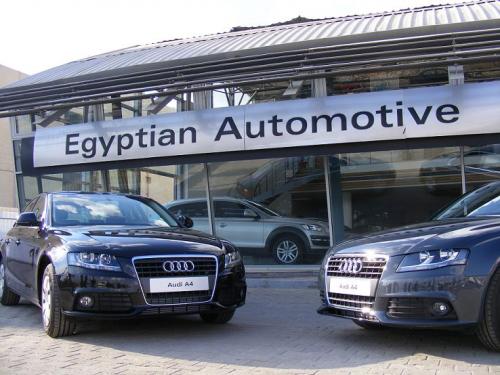 Carmakers operating in Egypt are continuing to assemble cars despite the ongoing political unrest in the country. While production had been temporarily suspended at some operations at 6th October City, south of Cairo, where most of country’s assembly plants are located, there are no reports of production supply problems and showrooms remain open. Companies are unanimously prioritising the safety of employees and are continuing to monitor the situation closely.

GM closed its plant on Thursday last week (August 15th) but reopened it on Sunday (August 18th) and production is reported to be normal. The carmaker assembles passenger cars, light trucks and minibuses from complete knockdown kits (CKDs). A spokesperson for the company said the safety and security of its employees remained important and it would keep a close eye on developments.

Nissan, which also has a plant at 6th October City, said the impact of the unrest on its production had been limited because it coincided with the carmaker’s planned period of shutdown. A spokesperson for Nissan told Automotive Logistics that the company was evaluating the potential impact on its operation with regards to the practical implications caused by the national curfew and, as a priority, employee safety.

“The situation in Egypt is very volatile and difficult to predict, and Nissan’s focus at this time remains on the safety and security of its staff,” said the spokesperson. “We are monitoring the situation closely and assessing how best to minimise any potential disruption to our manufacturing operation and our customers going forward, while continuing to prioritise the wellbeing of our employees.”

Daimler also said it was continuing to monitor the situation, though there had not been any disruption to production at its joint venture plant. The company has a minority stake in the operation, which assembles the Mercedes C, E-, S- and GLK-class passenger vehicles with local Egyptian partners under the Egyptian German Automotive Company. It said all decisions on local production would be taken by local management.

BMW, meanwhile, has an assembly plant there that makes a range of model types from semi-knockdown kits (SKDs), including the X1 and X3 variants, as well as 3-Series, 5-Series models. Output is around 2,000 units a year. It said that production was operating at the plant and that its showrooms were open, though a spokesperson suggested that the situation could have hampered output.

“We are looking forward to regaining momentum as soon as the security situation allows and remain confident about Egypt's long term potential,” she said.

The ports in Egypt remain operational and Grimaldi’s commercial and logistics director, Costantino Baldissara, said there was currently no delay to the company’s regular service which was making three calls per week to the port of Alexandria, two from northern Europe and one from the Adriatic and Turkey. However, Baldissara did acknowledge the situation was “critical and dangerous”.

The impact on vehicle assembly in the country has not been as widespread as it was when protests began in 2011, directed then against the government of Hosni Mubarak. Concerns about security and the impact of curfews then led to a suspension of production across most OEM plants.

(Read a previous report by Automotive Logistics on the impact of the conflict in Egypt to the industry here.)