OEMs may be buying too much packaging 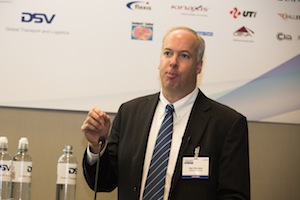 Packaging provider Orbis released figures suggesting that container and rack inventory in the automotive sector can be overstocked by as much as 30%.

Dan Roovers (pictured), vice-president for automotive sales at the company, told delegates at the Automotive Logistics Europe conference that the automotive industry had a tendency to manage packaging assets poorly. "The pitfalls of OEMs having massive fleets or steel racks," he said, "is that often they are not actively and aggressively managing those assets.

"A poorly-managed reusable management system equals a longer container cycle time, higher handling costs, excess container inventory, higher container shrinkage and attrition, excessive empty miles and transportation cost,” he went on. “Sometimes, the OEM does not know how many containers are truly needed, and they don't know where the containers are at any given time."

Roovers says a number of companies are starting to operate similar programmes so customers can focus on their targets of building vehicles and engines. SmartTrak, a new single database hosted on Orbis servers, uses barcoding, RFID, and ties into customers' ERP system and daily production rates. "Every OEM is guilty of overbuying; this can be eliminated by simply packaging better," said Roovers.

The order of the day, it seems, is simply less. "Over time, customers will realise they're buying too much," he said.

Benedikt Maettig, senior researcher at Germany’s Fraunhofer Institute, a research and innovation group, also gave the example of the company's smaRTI system, which enables users to simplify the use of cross-company data and reveal information about unit-tagged object. "It gives information about the location of the load carrier. Every step, every movement of pallets, is entered into the database," he said. "We scan every pallet, and customers can see their cycle and process times, allowing them to see where bottlenecks might lie."