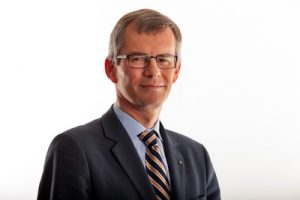 The Renault-Nissan Alliance has appointed Jérôme Olive as executive vice president, Alliance Manufacturing Engineering and Supply Chain Management. He is replacing Shohei Kimura who will move to a new leadership position in manufacturing within the Nissan group to be announced later.

Olive will now be in charge of further integrating the Manufacturing Engineering and Supply Chain unit, one of four functions that Renault and Nissan are converging. The others are Purchasing, Engineering and Human Resources.  A spokesperson for Renault-Nissan said this convergence was designed to make the carmaker more competitive.

Olive joined Renault in 1982 and has held a number of manufacturing roles across the carmaker’s plants and has also been managing director of operations in Romania. In 2013, he was appointed industrial director for Renault’s Euromed-Africa Region, in addition to his role as managing director of Dacia. He was promoted to senior vice president, Manufacturing and Logistics Europe in January 2014, responsible for 16 production sites.