Opel to handle its own distribution centres in Germany from 2016 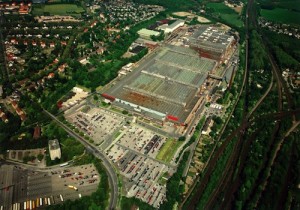 GM has announced that the operation of its Opel parts distribution centres (PDCs) at Bochum and Rüsselsheim in Germany will be reintegrated into the Opel division as of February 2016. They are currently operated as part of a joint venture with Neovia Logistics Supply Chain Services in which Opel has a 20% share following an agreement established in 2006.

A decision on the future of the PDCs in Rome and Budapest, which are also outsourced, will be made in 2015 according to GM. The joint venture with Neovia also operates these sites.

"We have made a decision to consider replacement parts logistics a core competence of our company and to therefore operate the European warehouses in Bochum and Rüsselsheim on our own in the future,” explained Peter Christian Küspert, vice president sales and aftersales, Opel Group. “The German distribution centres are extremely important and play a crucial role in our plans.

Küspert was keen to point out that the decision was based purely on reasons of corporate strategy. “We have been satisfied with the cooperation,” he added. “Neovia has proven to be a competent logistics partner.”

GM describes Bochum as a European Sourcebook Warehouse (ESW) with a central function for the whole of Europe, including the supply of parts to the PDCs in Rome, Rüsselsheim and Budapest. They in turn supply the authorised Opel dealers in their respective regions.

GM said the decision to bring control of the centres in-house was especially important for the Bochum area, where the distribution centre plays a key role in Opel’s future set-up. GM is investing €60m in the expansion of the Bochum warehouse, which will expand the number of jobs by 265 to around 700. The investment will mainly be used for a new building on the site of what is locally known as plant 2.

The announcement on the PDCs follows the closure of Opel’s Bochum plant, which made its last vehicle on Friday (5th December).