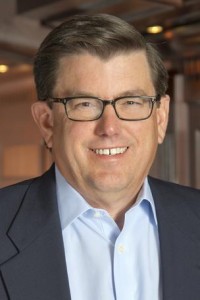 North American rail provider, Kansas City Southern (KCS), has appointed Patrick Ottensmeyer (left) as its president. He will take up the position, from David Starling, on 1 March this year, moving from his current role at the company as executive vice president and chief marketing officer. Starling remains CEO of the company.

As president, Ottensmeyer will continue to be responsible for sales and marketing with additional responsibilities for operations, which includes transport, engineering, mechanical, network operations, operations support and information technology.

"I am excited about Pat's appointment as president of our company," said Starling.  "He has served as the company's chief financial officer and, most recently, its chief marketing officer, which has prepared him for his new role as president."

Ottensmeyer has more than 15 years of railroad industry experience, holding various positions within KCS and previously with rival provider BNSF, where he was vice president of finance and treasurer.