P3 predicts a buoyant 2017 after surge in developments last year 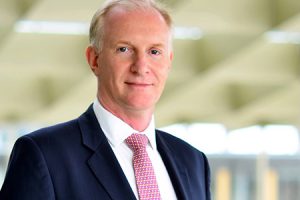 During 2016, the firm completed 15 new warehouses totalling 320,000 sq.m – nearly three times the amount of the previous year. It currently has more than 500,000 sq.m of development in the pipeline, split roughly evenly between the CEE and Western Europe, of which 124,000 sq.m is already under construction in four countries.

Among the highlights of last year was the handing over of P3’s first new-build development in Germany – a 20,000 sq.m automotive parts distribution centre for PSA Group subsidiary, Peugeot Citroën Germany.

P3, which was taken over by Singapore’s sovereign wealth fund GIC last autumn, also completed the refinancing of €1.4 billion of debt during the year.

Commenting on last year’s performance, P3 CEO Ian Worboys (pictured) said: “2016 was an amazing, exciting and eventual year. 2017 promises to be even more exciting as we pursue our growth plans by bringing forward the development of our existing land bank as well as acquiring new sites. Watch this space.”