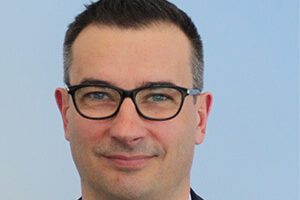 Jacob has worked at PSA Group in various locations in France since 2001, when he joined as supply chain vehicle project manager. Since then he has held a number of logistics, packaging and supply chain engineering roles, including supply chain vice-president for engineering.

Meanwhile, Andreas Graffe has taken on the responsibilities of outbound planning and operations along with his other tasks as director of logistics at Opel/Vauxhall. He is now responsible for the transport of inbound and outbound products, including packaging and container management.

At the same time, Christian Chapelle has moved to become head of the Monozukuri Operations department for PSA Group’s Middle East and Africa region. The group uses the Japanese term monozukuri to refer to cost-efficiency in the value chain.

Chapelle moves from his role as vice-president, powertrain and chassis engineering. In his new role he will ensure that the region has the vehicle products, sourcing network, manufacturing resources and supply chain needed to meet the objectives set out in the company’s Push to Pass strategic plan covering 2016 to 2021.

For the Middle East and Africa, PSA has set itself the target of selling 1m vehicles by 2025 in a market expected to hit sales of more than 8m by that time.