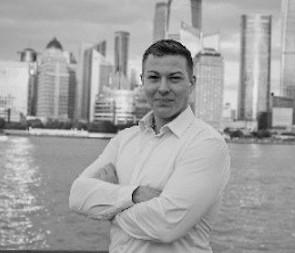 Vegard Synnes has moved from his role as global key account manager at Changjiu International Logistics to take up a new position as director of marketing in Asia for Kar-Tainer International, a global provider of containerised vehicle transport systems.

Synnes, who will be based in Shanghai, has been working in China since 2012 and played a central role in establishing Changjiu’s shipment of Volvo S90s in containers from China to Europe, which began last year.

“I feel that Vegard, with his Chinese experience, and our leasing models of the right solution, will be the catalyst that ignites this business,” said Richard Cox, CEO of Kar-Tainer International.

Cox went on to observe that there was now an emphasis on the use of rail to move vehicles between China and Europe, across Russia, as a mode of timely delivery, something Kar-Tainer was eager to get involved in.

“As you know there is a lot of OEM interest in getting vehicles to these markets in less than 20 days, as opposed to traditional sea-faring routes of 50 days, so the right container solution is going to provide this,” said Cox.

Synnes said that Kar-Tainer had one of the top industry solutions for vehicle shipments and added that one of his first goals at the company was to ensure Kar-Tainer was the equipment of choice for any volume shipments of vehicles by rail between Europe and China.

“Besides this I also look forward to strengthening Kar-Tainer’s presence in China and making sure we are the partner of choice for Chinese OEMs looking to international markets, either through CBU [completely built unit] export or semi-knockdown (SKD) assembly in overseas markets,” he said.

Kar-Tainer is planning an extensive marketing campaign in the automotive logistics industry next year, according to Cox, who said that Synnes’ knowledge of media platforms would be an advantage.