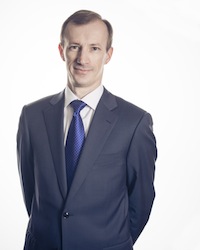 Transport and logistics provider Gefco has appointed Pavel Ilichev (pictured) as executive vice-president for strategy and finance, replacing Philippe Cossé who has retired after 15 years with the company.

Ilichev moves to the role after six years as deputy head of corporate finance at Russian Railways (RZD), which owns a majority stake in Gefco. He will now be responsible for Gefco’s financial performance and strategy, including mergers and acquisitions.

“Beyond its renowned expertise among global customers, Gefco has a solid financial situation, which puts it in a good position to meet its ambitious growth strategy in an ever-challenging sector,” said Ilichev.

Ilichev has nearly 20 years’ experience in the financial sector, beginning in 1997 when he integrated the InkomBank into Russia’s Treasury department. Prior to his role with RZD he was chief finance officer at Eurosib, the rail transport and logistics company, and was in charge of the strategic management and diversification of the group’s activities, including the development of its container terminals network.