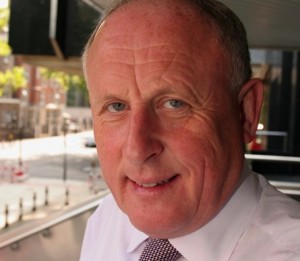 He joined Freightliner in 1997 shortly after its privatisation following a 23-year career with Ford and led the commercial development of the container division, becoming, commercial director for the Intermodal business.

In 2005 Maybury moved on to become managing director of Freightliner. The company was bought by investment company Arcapita in 2008 and the following year Maybury was made CEO. He left that role in 2013 but has remained chairman of Freightliner and of the Rail Delivery Group (RDG) Freight Group, which promotes cooperation between the UK’s passenger train operating companies, freight operators and Network Rail.

“Peter has been an integral part of the development of the Group since privatisation and has provided guidance and support to our executive team in his position as Chairman,” said Russell Mears, Freightliner Group CEO. “His commitment to Freightliner and the wider rail freight industry is highly respected and I congratulate Peter on a hugely successful career. I wish him all the best for a very happy and well-earned retirement.”

Maybury said: “I have enjoyed my time with Freightliner enormously and I am delighted with the tremendous progress the company has made since privatisation.”

Freightliner is the largest intermodal freight transport operator in the UK and the second largest rail freight carrier in the UK, after DB Schenker. Earlier this year Genesee and Wyoming, a US-based short-line railroad holding company, bough a majority 95% stake in the company from Arcapita for £490m ($760m).