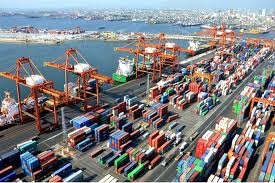 In a move that will affect logistics providers operating in the ASEAN region and beyond, it has been announced that Philippine tariffs on Japanese-made car parts have been cut to zero.

The decision, which takes place with immediate affect, will see tariffs reduced for a variety of products, one of which is automotive parts and components. In the Philippines, around 90% of imported car parts are sourced from southeast Asian countries, particularly Thailand, with 10% coming from Japan.

The Philippines’ economy has been steadily improving during recent years and particularly during 2013, due to more foreign investment and an increase in manufacturing performance.

The president of the chamber of automotive manufacturers of the Philippines, Rommel Gutierrez, commented: “Local suppliers should increase their cost competitiveness since they will also be competing with car parts from Japan.” Gutierrez is also vice president at Toyota Motors in the Philippines.

Under the Japan-Philippines Economic Partnership Agreement (JPEPA), tariff reductions on a wide range of products, some of which were to be negotiated to begin in 2009, have now been finalized.  The tariff schedule was approved in June 2013 by the National Economic and Development Authority board.