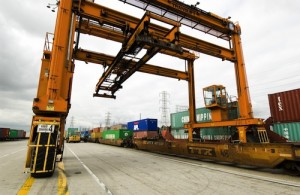 Automotive parts imports to the US increased by more than 5% year-on-year in the first half of 2014 based on figures provided by PIERS, the US import-export reporting service. That figure was up by nearly 11% compared to the same period in 2012 and the market has grown 10% over the last two years.

PIERS figures, reported in parent publication JOC, showed that parts importers brought in just over 452,000 TEU containers of automotive parts between January and June. The port of Los Angeles handled almost 119,000 of those containers, 11.5% year-on-year. Volumes through neighbouring Long Beach fell by 4.5% to just under 83,400.

The port of Charleston in South Carolina came third of the top five ports for parts imports and handled 42,421 TEUs in the first six months, a jump of 7% year-on-year. Close on its heels was the port of New York and New Jersey, which handled 42,189 TEUs in the same period, a growth of 3.8%.

While coming fifth with 40,226 containers imported, Georgia’s port of Savannah showed an increase of 16.1% over the same period in 2012. (Savannah has also recently posted full fiscal year figures for finished vehicles that show exports up 46% at 26,375 units, led by carmakers Mercedes-Benz, BMW and Nissan, though this was thanks to a one-time vessel diversion.)

Automotive parts consumption is linked to an increased demand for new vehicles, since roughly 70% of US automotive parts production is for vehicle assembly.  The remaining 30% is for the aftermarket.