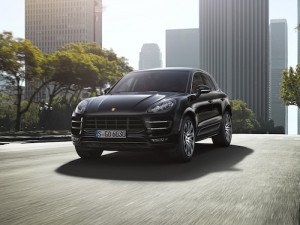 Porsche Cars North America (PCNA) has confirmed that it will boost inventory of its Macan midsize SUV crossover for dealers in the US to meet increased demand from customers. Since it was introduced there in May last year customers have been waiting anything up to six months for delivery of their orders.

“We are currently experiencing demand in excess of supply which is leading to approximately a six month wait time for ordered Macans,” confirmed a spokesperson for PCNA. “We are interested in moving towards meeting market demand for more Macans, and we are doing this solely through increased production requests.”

The carmaker has 189 dealers in the US, all of which sell the model.

“We have several contracted carriers moving vehicles from our ports to the dealerships that have passed Porsche's quality requirements,” added the spokesperson.

The Macan is moved in through two US ports: Brunswick and Davisville. Proficient Auto Transport is handling onward shipments of the vehicle to the dealers from Brunswick using its specialised enclosed vehicle carriers. Precision Motor Transport Group is moving volumes from Davisville to dealers in that region.

The Macan is exported to the US from the carmaker’s plant in Leipzig, Germany. Since it went on sale there last year Porsche has delivered almost 7,250 units of the model.

Overall PCNA delivered more than 47,000 vehicles in 2014, an increase of 11% over the previous year. Of that number the Cayenne SUV model accounted for 18,500. As well as the Macan and Cayenne, the company also sells the 911, 918 Spyder, Cayman and Panamera sedan.

“For the third consecutive year, PCNA set a new annual retail sales record by a double digit margin,” said Joe Lawrence, executive vice president and chief operating officer. “We will use this momentum to continue success in 2015.”

In 2012 Porsche invested €500m ($568m) at its Leipzig plant to increase output, which included adapting its lean logistics system. That increase included the start full assembly of the Macan SUV (previously referred to as the Cajun), alongside existing Cayenne and Panamera production.