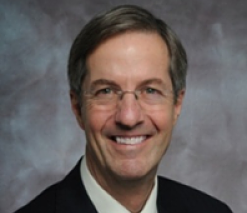 Port commissioner president, Jim Carter, said: “Our goal in this search is to ensure we select the best leader for the port moving forward and provide opportunities for our stakeholders to be part of the process.”

Wyatt recently informed the nine port commissioners that he would retire at the end of June this year.

Wyatt was selected to lead the port in 2001 and began work just weeks after the 9/11 terrorist attacks, overseeing many changes as a result.

From an automotive logistics perspective, his achievements included significant growth in automotive shipping from the port with the start of exports of American-made Fords and Lincolns to Asia. Under his watch the port also acquired the Gresham Vista Business Park, home to the Subaru parts distribution facility.

The port’s nine commissioners hold responsibility for selecting the executive director. However, a statement said the process would also include external stakeholders as part of an advisory group to the commission and would provide an online opportunity for the general public to comment on job and search criteria.

“Bill has been a skilled, dynamic and admired leader and it will be tough to fill his shoes, but the process we have laid out will be thorough and far-reaching,” commented Carter.

It has been confirmed that deputy executive director Curtis Robinhold will be among those in the running for the position.