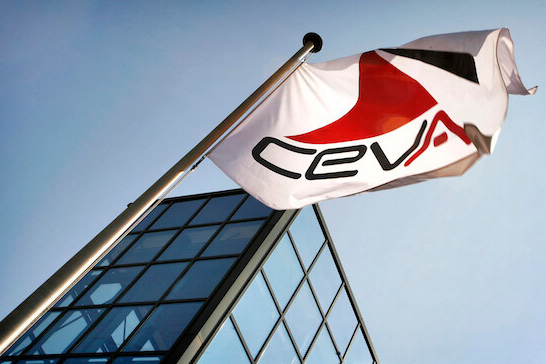 Ceva Logistics has sent what it says is the first-ever TIR truck from Khorgos, in the far west of China, to Europe via Kazakhstan.

“The trial proves that the TIR carnet issued in China is accepted in the transit countries en route to Europe,” said Torben Bengtsson, executive vice-president of Ceva Logistics Greater China.

Though automotive parts were not included in this first run, OEMs and parts suppliers among Ceva’s automotive customers have shown a high level of interest in the project, a spokesman for the Swiss 3PL told Automotive Logistics, adding: “Automotive parts are an obvious and very suitable commodity for the truck service.”

After more than six months’ preparation by Ceva Logistics Greater China, the trial run began on November 13. The truck – sealed by Chinese customs in Khorgos – arrived in Poland on November 24. There were no disruptions or problems with customs over the 11 day, 7000km route through Kazakhstan, Russia and Belarus, said Ceva. Closing TIR formalities were completed in Poland on November 26.

The test run was a joint initiative between Ceva, Alblas in the Netherlands, Jet-rail in China and the International Road Transport Union (IRU), and follows the adoption of the TIR (Transports Internationaux Routiers) international customs convention by China last May.

“We started to investigate the feasibility of road transport from China to Europe to find an alternative to the escalating air freight market,” said Bengtsson, going on to highlight support from the ministry of transport’s highway research institute and Xinjiang regional government.

Ceva says the new road service will be about 50% cheaper than air, with door-to-door lead times of 10-15 days; it will also be 30-50% faster than rail, it suggests.

“We foresee a great future for road transport from China to Europe,” said Bengtsson. “We have a lot of customers waiting for the start of a regular service. During coming weeks, we will work on some details and then prepare to start regular operations as early as possible.”

Bengtsson told Automotive Logistics the primary aim was to establish a regular round trip service at the beginning of 2019, adding: “We foresee this new service will accelerate innovation in electric and driverless trucks on this particular route.”

“This first TIR journey by road from China to Europe is a win-win-win for business, trade and governments, and will be a game-changer for cross-border transport in China. It will boost trade between China and Europe, which will help China and the countries along the Belt & Road route reap the economic and development rewards of international road transport,” he said. “It is also a wake-up call to European hauliers who can seize the opportunity to benefit from round-trip operations.”

Road transport to, from and within China will be among the issues under discussion at the Automotive Logistics China conference, taking place next April in Shanghai.