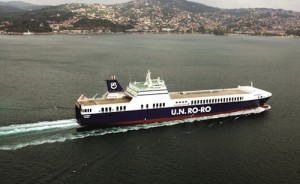 UN Ro-Ro operates a fleet of 12 vessels with capacity to move 322,000 vehicles a year. It has four main routes that currently account for the annual shipment of 200,000 units. Those include regular services from Istanbul and Mersin in Turkey to Trieste in Italy, and from Istanbul to Toulon, France.

The company provides export services for a wide range of vehicle makers.

“Besides spare parts for finishing manufacturing, our company is used to transporting finished products such as buses, trucks and tractors,” said a spokesperson for UN Ro-Ro.

Last year UN Ro-Ro bought a 60% controlling stake in the Samar seaports terminal at the port of Trieste, which it has used since 1994 when UN Ro-Ro was established. The company said it plans to invest between €10-15m in the terminal over three years.